Access to Niseko Moiwa is easy from Tokyo or foreign country. Shin-Chitose has direct flight from various country and international hubs including Australia, US, Singapore, Hong Kong, and Bangkok.
On arrival at New Chitose Airport, you have below options to complete the last leg of the journey to the powder kingdom. 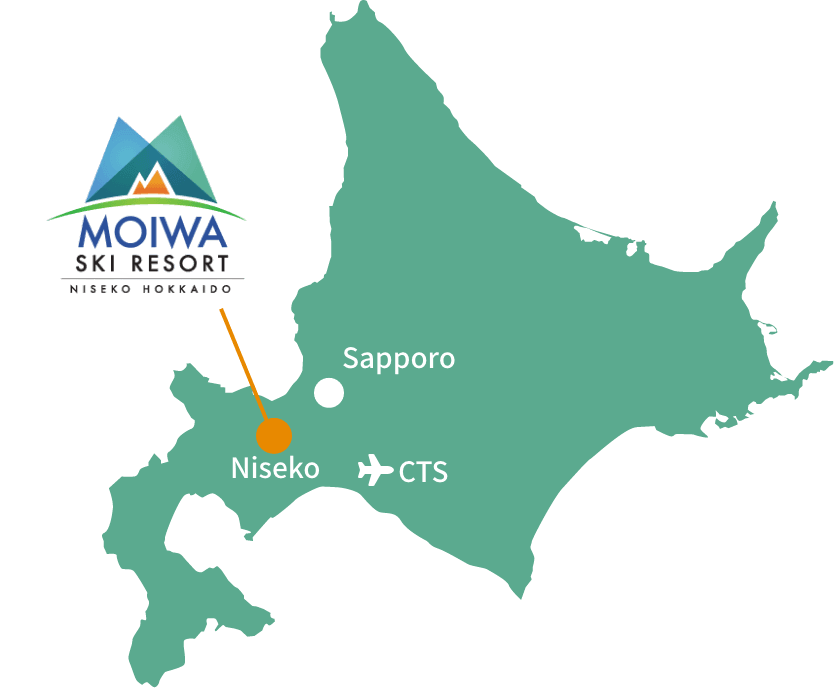 The most direct, convenience and faster way to reach our Resort from New Chitose Airport.

Niseko station is the nearest train station. You can catch the Express train from the New Chitose Airport and transfer at Otaru station to a local train to Niseko. It takes 2.5 hours – 3 hours depending on availability of an express train.
A 15 min ride in a taxi brings you to Moiwa Ski Resort.

A Free Shuttle Bus between Hirafu Bus Stop and Moiwa Ski Resort is in operation during Ski Season from December 14th. 2019 to March 26th. 2020.

A free Moiwa Shuttle bus service between LodgeMoiwa834 and Annupuri, Hirafu is in operation during Ski Season from December 21st. 2019 to beginning or March. 2020.